Skip to content
This is a podcast for people who want to think about life, learning, and education at a deeper level. In each episode, you’ll hear stories about people who have pursued and experienced deeper learning in their lives.

Is fluency in more than one language a recipe for success in the 21st Century?   Across America, we are seeing a resurgence of bilingual education at an early age. Parents and educators are embracing the idea of our next generation growing up as multilingual, and multi-literate citizens in the world.  Here in Orange County,  California, we have some of the most exciting and innovative bilingual programs in the nation.

In this episode, OC Superintendent of Schools, Dr. Al Mijares, delves into the topic of bilingual education.   We take a look at the wild history of bilingual education in California, and what lessons we can learn from it.  Then, through the lens of some of Orange County’s exemplary bilingual programs, we’ll ask:  what does it look like in our public schools?  What are students, teachers, and parents taking away from these programs?  How can being multilingual and multiliterate improve both future opportunities for students and our society as a whole? 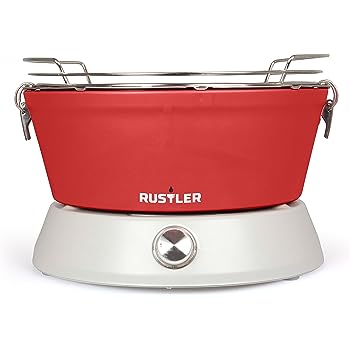 Why have societies historically placed a premium on kindness? How do human connections impact our physiology? Why do we keep needing to remind ourselves to be kind? And what would happen if an entire county were to embrace kindness?

These are some of the questions posed by Orange County Superintendent Dr. Al Mijares in the latest edition of The Deeper Learning Podcast.

In this first episode of 2018, Dr. Mijares takes listeners on a quest to learn more about kindness, reaching out to a number of prominent figures including neurosurgeon and author Dr. James Doty, Anaheim Mayor Tom Tait, Orange County Sheriff Sandra Hutchens, California State PTA President-elect Celia Jaffe and others.

Executive Order 9066 was signed by President Franklin D. Roosevelt on Feb. 19, 1942, authorizing the internment of Japanese-Americans during World War II. In this edition of The Deeper Learning Podcast, we take a look at how this order connected the Mendez and Munemitsu families.

In our last episode, we learned how Sylvia Mendez and her family challenged school segregation in Orange County, Calif. Aki’s story serves as a prequel to the Mendez case, and it illustrates how the Munemitsu family — one of thousands to be relocated to internment camps during the war — persevered, rebuilt their lives and went on to make extraordinary contributions to American society through resilience, education and generosity.

Produced by the Orange County Department of Education and hosted by Chief Academic Officer Jeff  Hittenberger.

Shigekawa, M. (Executive Producer). (2017). For the Sake of the Children. [Documentary]. (Information about availability and screening at http://www.forthesakeofchildren.org/).

Densho.org, A website offering extraordinary resources of oral history and information regarding the internment experiences of Japanese-Americans.

Hosted by Jeff Hittenberger, chief academic officer for the Orange County Department of Education, the first episode of the Deeper Learning Podcast centers on a profoundly significant court case that’s probably unfamiliar to most Americans. Mendez v. Westminster shattered many of the legal justifications for segregating public schools and laid the foundation for the famous Brown v. Board of Education decision. And it all started with one family from Orange County, Calif.

Welcome to the Deeper Learning Podcast.

This is a podcast for people who want to think about life, learning, and education at a deeper level.  In each episode, you’ll hear stories about people who have pursued and experienced deeper learning in their lives.